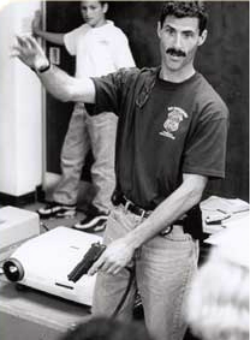 Joseph Banister is the only IRS Criminal Investigation Division Special Agent ever to investigate allegations that the IRS, using deceit and fraud, illegally administers and enforces the federal income tax system and then report his investigation results to his IRS superiors and later to the American people.

Rather than address legitimate concerns raised by one of the agency’s own criminal investigators, Banister’s IRS superiors suspiciously refused to address IRS wrongdoing raised in his report and instead encouraged him to resign.

Observing that IRS management intended to cover up the deceit and illegal conduct alleged in his report and elsewhere, Banister had no choice but to resign from his position so that he could report his findings to the American public, in effect having to resign from his office in order to abide by his oath to support and defend the U.S. Constitution.

This site is dedicated to sound education and lawful principles